Prepare for the storm season with a Detention Roof.

Storms and hurricanes are increasingly common in Western Europe, and according to this study by the KNMI (the Royal Netherlands Meteorological Institute), this number is only increasing. The storms are often accompanied by extreme rainfall, which means there is a high risk of congested sewers and flooding. There are several ways to counter this and one of the most effective solutions is the use of a Detention Roof.

Every year, the most storms occur between 15 October and 15 March, according to Rijkswaterstaat, part of the Dutch Ministery of Infrastructure and Water Management. Storm is when the average wind speed reaches a minimum of wind force nine over a 10-minute period. A storm becomes a hurricane when it exceeds wind force 12. Every year there are between 4 and 5 hurricanes in Europe, but in the future, according to the earlier mentioned study, more and more hurricanes will reach the mainland of Western Europe. Storms and hurricanes can, in addition to extremely strong gusts of wind and the associated damage, be accompanied by heavy downpours, causing the sewage water to accumulate within a short period of time. This in turn causes flooding.

Subsidy for measures against flooding

Insurance companies, municipalities and water boards also recognise that this problem is growing strongly every year. That is why they offer building owners an increasing number of options and subsidies to prepare their buildings for this. Frequently used solutions are the installation of underground water tanks, bioswales or infiltration crates.

That is a good start, but there is room for improvement. It is possible to prevent flooding at an earlier stage: on the roof. The roof is a weak point in a storm. Roof tiles can be blown off, bitumen can be torn loose and most rainwater on the roof ends up in the sewer. It is therefore a logical idea to properly arrange water management on the roof. 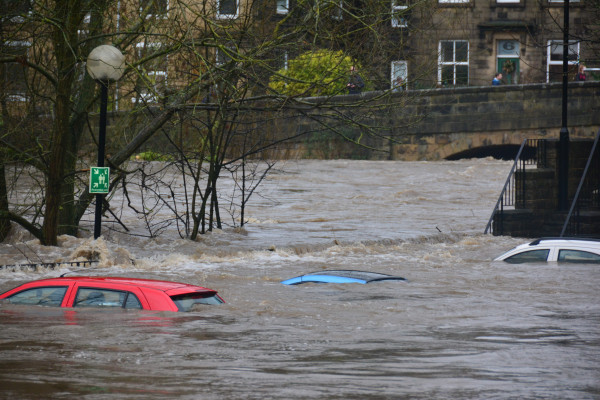 Water management with a Detention Roof

The Detention Roof is a proven solution when it comes to temporarily collecting excess rainwater during heavy storms or peak showers. A regular green roof quickly becomes saturated with water during storms and extreme showers, resulting in the remaining water to immediately flow into the sewer. That is why we recommend a Detention Roof. This revolutionary lightweight green roof system can collect between 69 and 74 L/m² of rainwater and then slowly releases it within 24 hours. The four layers of the Detention Roof each have their own unique mode of action within the total structure, with the honeycomb-shaped Storage Layer serving as a temporary water column during heavy rainfall. The maximum saturated weight of a Detention Roof is approximately 90 kilograms per m². When completely unsaturated, the Detention Roof weighs only about 25 kilograms per m². 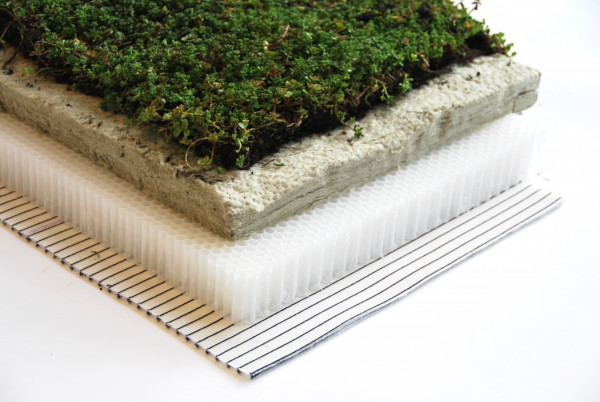 Would you like to know how much water a Detention Roof can temporarily storage for your project and is your roof larger than 200m²? Then we offer you the option to request a water calculation. One of our consultants will make a tailored calculation for your project.